Wharfe Valley are nominated for the ‘Rural Awards’ with Countryside Alliance

Home/Blog, News/Wharfe Valley are nominated for the ‘Rural Awards’ with Countryside Alliance
Previous Next

Wharfe Valley are nominated for the ‘Rural Awards’ with Countryside Alliance

“We’re so proud to be nominated for a ‘Rural Oscar’ in the Countryside Alliance Awards 2019.”

Nicknamed the ‘Rural Oscars’ the Awards are now in their 14th year and are the Countryside Alliance’s platform for celebrating rural businesses, produce and communities. The Awards are public-nomination led, meaning that we have been nominated by one or more people who value the remarkable contribution we make to the local area. The ‘Rural Oscars’ are something of a GOLD standard in the rural business awards. The feel-good factor and pride that they bring cannot be overestimated. Those involved at every level have told us of the positive impact that this recognition has had on them, their business and their communities. 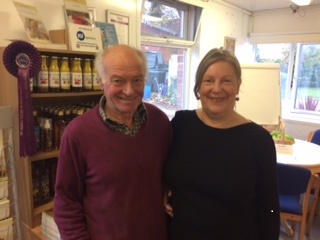 The 2019 ‘Rural Oscars’ were launched in early September across five categories and are based on a public nomination. Now that nominations are closed a list of regional finalists has been drawn up and judging begins. Regional winners will be announced and will be invited to a reception at the Houses of Parliament next June.

Wish us look! We will let you know how we fare!

from Sallyann and Geoff Kilby

About the Author: Hayley